I'm going to start the blog by posting up some of my favorite work I've done over the past year of university.


The Temple Of Anubis
This was a level I did for a university project the second half of year 2 and the second environment I have made. I modeled it in Maya and textured it with Photoshop. I hand painted all the textures in the level to give it a nice stylized look and am quite pleased with the results. 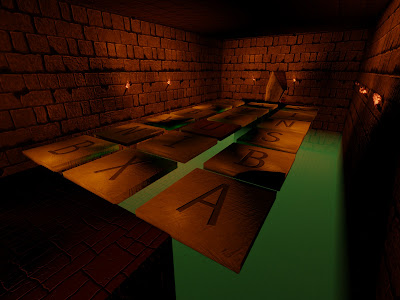 This word puzzle was inspired by the trap in Indiana Jones and the Last Crusade where Indiana had to spell out the name of God. Throughout the level I keep reminding the player that they are in the temple of Anubis, so when the player comes to this puzzle near the end they have to spell out Anubis. If they stand on a wrong letter it will break away beneath them, unless they spell Anubis wrong, in which case they are killed by Anubis. 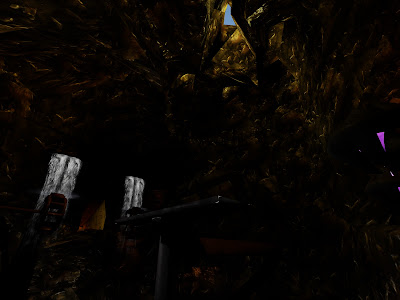 I created this cave halfway through the level to break up the corridors and add some variation. Players have to use a crystal to activate a set of waterfalls which in turn rotate the bridge in place. The cave also has a great crack in the roof, allowing the player to see outside, reminding them that they have fallen into the temple and are trying to escape. I was very pleased with how the cave turned out. 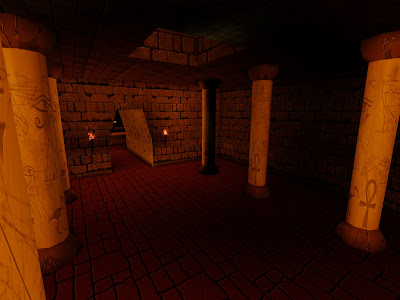 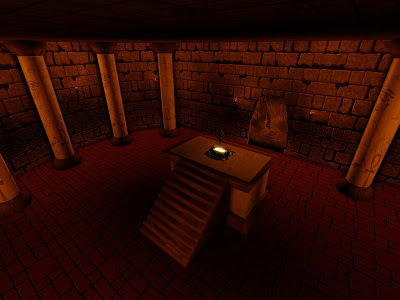 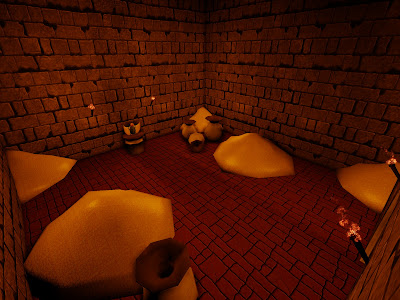 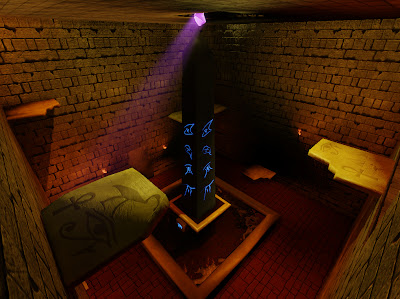 You can also see the Youtube video I did of the level being played here:
The Matrix Subway
This was a personal project I did over the summer holiday away from university (2011). I wanted to improve my texturing, whilst keeping textures to a low size - hence nothing in the scene in larger than 512. I modeled the scene on the subway from The Matrix. I enjoyed doing this and learn't quite a bit in the process. 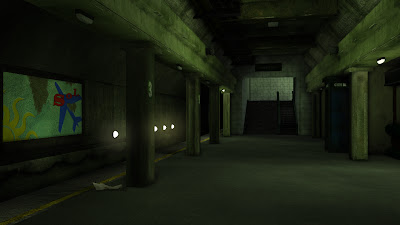 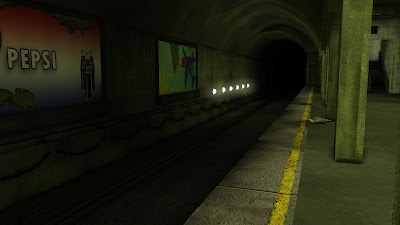 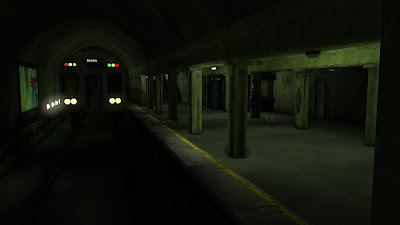 You can also see the 2 videos I made of the scene here. I improved the lighting on the scene after finishing it the first time and posting it on Polycount. I think one main mistake I made was to tint the textures with a hint of green light - whereas if I did it now I would leave it up to the lighting in the scene to take care of that.

This is my first pass at lighting on the scene, of interest in this video though is showing the wireframe of the scene at the end of the video:


Here is the video of the scene with the final lighting in it: